One Direction stars Zayn Malik and Louis Tomlinson face losing more than £3,000 each if they are caught using, or promoting, illegal drugs in Manila.

The pair have been asked to post bonds of 200,000 pesos each for a special work permit, ahead of two concerts in the Philippine capital this weekend.

It follows a video leaked last May in which Malik and Tomlinson were shown allegedly smoking cannabis in Peru.

Elaine Tan, of the Philippine Bureau of Immigration, said the band would be prevented from performing if producers fail to post the cash bond before the concert.

The amount includes an additional processing fee of 20,000 pesos.

“The condition is intended to protect the public interest should the band members commit any violation during their stay in the Philippines,” said Tan.

It is understood a concert producer went to the Immigration Bureau on Thursday to post the bonds, said Christine Ching, a spokeswoman of Anti-Drugs Advocate. 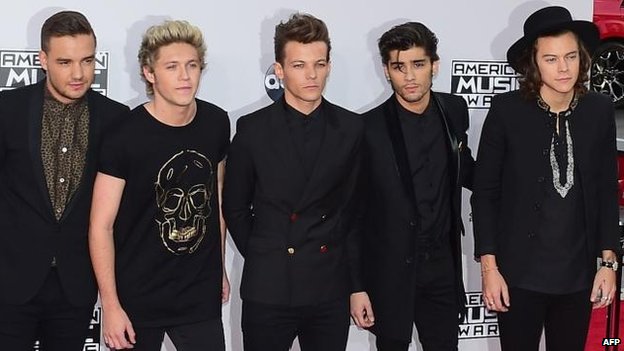 The band were named the most successful UK act in the world for the third year in a row last December.

The group has also called on the Philippine Drug Enforcement Agency to send officers to monitor the band.

“We want to see their pure, raw, untainted talent,” said Ching, adding that there was concern about the popular band’s influence on Filipino youth.

She said the group had met with concert producers, and they had agreed to allow government drug agencies and advocate groups to monitor band members.

One Direction are due to play at the seaside Mall of Asia Concert Grounds on 21 and 22 March.

After the leak emerged last year, One Direction’s Liam Payne – who was not seen in the video – tweeted an apology, saying “I love my boys and maybe things have gone a little sideways. I apologise for that.”

“We are only in our 20s and we all do stupid things at this age,” Payne wrote.